How to Get the Most out of Big Data 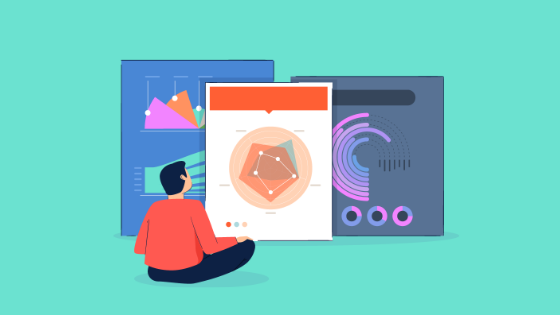 Auto Trader is taking data to car-buying. Automobile “search” is a complicated task; and I wondered what lessons can be taken across from this area to other companies embarking on a journey with data science.

Dr Peter Appleby has been leading the charge: he’s been with Auto Trader’s Data Science team for over five years, making him the perfect person to discuss the challenges of taking on Big Data.

I asked Peter whether the search engine building process for Auto Trader was different from that of similar search engines. "We have a more refined search space in the sense that people who come to the website are interested specifically in cars," he explained to me.

A refined space certainly brings advantages: “we can potentially make recommendations based on the features of cars you search for. Amazon does a reasonable job of making recommendations… but often customers buy completely unrelated products. If I buy item A it doesn’t mean I’m going to buy item B, even if someone else bought items A and B together. In our space, people are generally doing the same types of thing, browsing and comparing cars, and that makes it, to some degree, slightly easier for us."

This means that the search results naturally usher people along a helpful route. "If a consumer needs help navigating the search space we can potentially guide their search a bit more by showing them content that’s been filtered by a more confident car-buying group."

"One source of data to help guide a search comes from the individuals themselves. They can say, “I’ve got this car”, “I’ve got these many children”, “I live in this area”, and this would give us a lot of information we can use to give them more personalised results."

But the richest data set doesn’t involve asking people what they want. As Peter explained to me, there’s a huge amount of information in the behaviour of the customers on the site. “As soon as they land and view a particular car, we immediately have the potential to start serving up other cars that might be relevant. Showing these similar cars has the potential to make a really engaging search experience."

"If you ask a lot of questions, the information often isn’t as useful as you expect…especially if you ask a question in a certain way and this is misinterpreted. In contrast, there’s a huge amount of objective information to be gained from the behavioural-based data sets."

But was this data ultimately more valuable than what people said they wanted?

Peter paused. "With the personal information, you need to build that base up first, so you need to ask a lot of questions. They might be relevant questions, but sometimes consumers are annoyed with the questioning or you’ve asked them things they don’t want to tell you… so you have to negotiate to some degree to get to that end goal."

"And it might turn out [that for] all of the things you ask them, there’s no actual usable information.  The behavioural data is in some sense more objective as it is a view of what consumers are actually doing… so I tend to focus more on the behavioural side because I feel it’s a more useful data set.”

Data science has rocketed in its prominence over the last decade. But from theoutside, it’s little understood. I wondered if there were ways that Peter could characterise different approaches to data, for data muggles.

"There are definitely different schools of thought,” he said. “Everyone speaks from their own background and that informs their work. I originally come from theoretical physics. I’m looking for simple mathematical models, which explain the complexity but are not in themselves complex."

Peter elaborated further. "With a big data and machine learning sort of mindset… there, we are often talking about quite complicated algorithms used to interrogate massive amounts of data to find the correlations and connections within it. That’s a different kind of approach and leads to a different output."

"Definitely, to me, there are schools of thought that might not even have a well-defined label yet. But at the moment, they are all being grouped together under the tent of data science. I personally find it’s very productive to promote diversity of thought", said Peter. "In a field as complex as this one, you really do need those different views."

I asked Peter about the increasing prominence of data science in business more generally.

"A lot of businesses are discovering the value of their data and realising that these techniques are out there now, and as a result, there are lots of disruptors entering the field. To remain relevant and competitive, many companies have to go on a data science journey."

"It’s a multi-step process. First there is the move from a more traditional business where a lot of decisions are made based on opinion, to a more data-led approach… [then] there’s the next step, which is where data science comes in, using mathematical modelling and machine learning to leverage all that data and develop products that deliver real value."

"We’ve been hugely successful on that journey at Auto Trader so far, transforming a traditional pre-digital business to the point where data is at the forefront of everyone’s thinking. Now we’re driving forward the second stage, the data science. It’s an exciting place to be."

"But it’s a journey. As a completely digital business, if we were not going down that route I believe it would be hard to remain competitive with companies that are able to disrupt through data science."

What Peter had described sounded familiar; a journey that many Nimbus Ninety members are at various stages of going through. Auto Trader is in a very advanced stage, so I asked Peter what pitfalls other businesses taking the same route should avoid.

"The one thing you really need to keep in mind is what you’re trying to achieve with data science. You can’t just go out there and hire a team of data scientists and expect them to produce something valuable. Businesses need a clear idea of what they want to achieve, because only then can you identify what kind of data scientist you need."

"Another big mistake can be expecting one person to come in and change things overnight. As the expectations are high, so is the workload, and sometimes there is a view that one person can be an expert in all the different areas of data science."

Finally, I wanted to know how fundamental the change that data would bring might be. There were people describing it as a “revolution” on a par with the Industrial Revolution. Surely this was overblown.

"There is a huge amount of hype, that’s true. The amount of value different businesses can get from data scientists is going to be very varied. Having said that, I do think there is an enormous amount of value that can be unlocked in a wide range of sectors, and this means disruption is coming to many businesses."

"Some of the disruption is real, that is what probably generates the hype, and it’s certainly not going to be the same for everyone, but I think in our space at least, if we’re not leading that disruption, then other competitors are going to come in and do it, and do it very well."

Data has acquired something of a magical quality. It promises to bring awesome (often unbelievable) returns, its practitioners are sometimes treated like doctors or wizards in their stewardship of a mysterious, powerful craft. Peter’s directness is encouraging evidence that they can demystify it.

The difference between the data-literate and the data-less organisation is absolute. Algorithms can move faster than humans, and a more rapid response to the learnable parts of a business is essential to keep up as other organisations adopt data science. On another level, being able to know rather than guess at strategy can be its own reward, as well as extremely helpful - like turning on the lights.

Register for our webinar series, How to Get More Value Out Of Data, if you'd like to hear more insights from the community.

This interview was first published in the second issue of Chief Disruptor magazine.

The Nimbus Ninety Editorial team researches disruptive trends in business and technology, and creates content for the community.